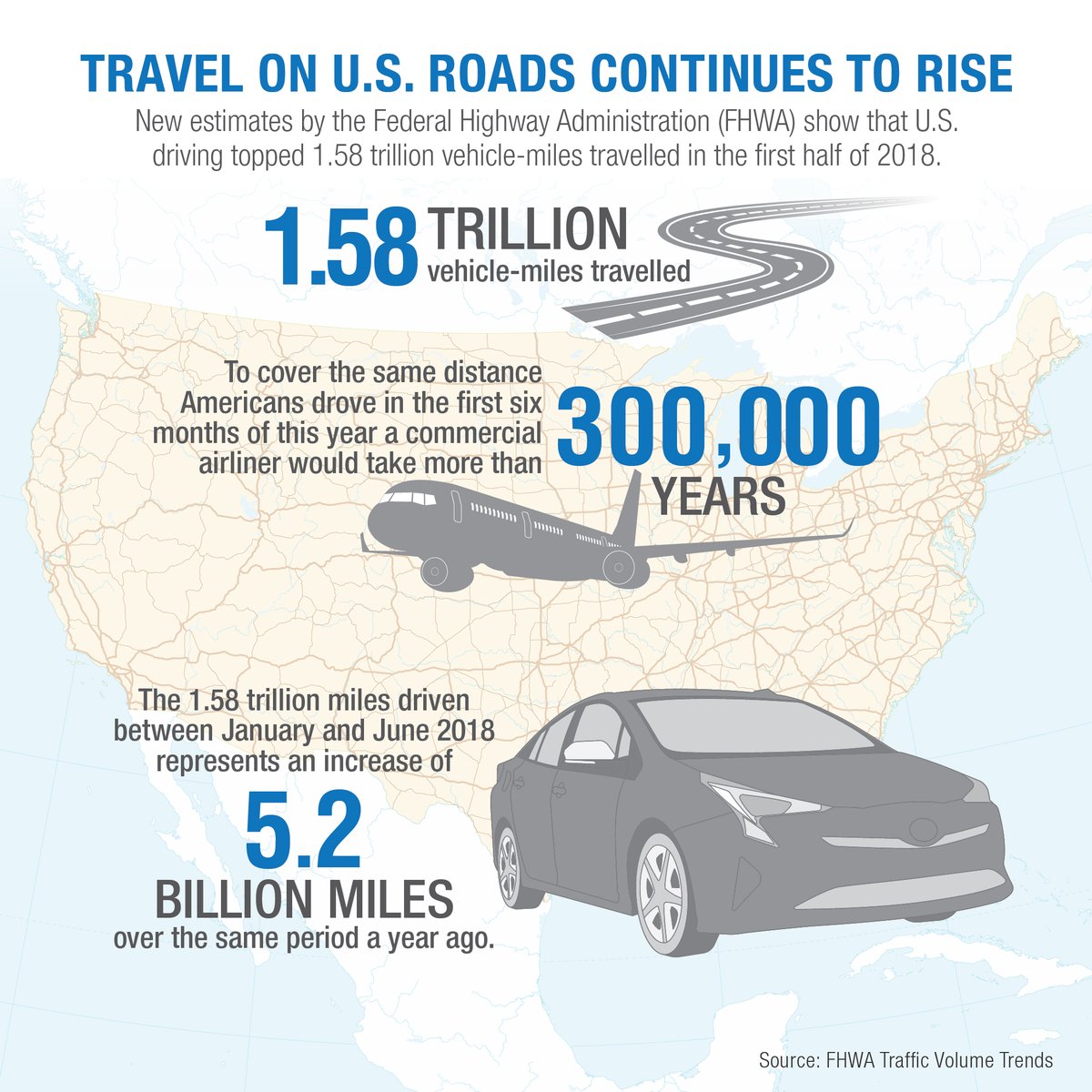 The Federal Highway Administration released stats on the number of miles Americans drove in the first half of 2018 and the numbers are concerning. Based upon these stats, Americans drove 1.58 trillion miles in the first half of 2018, that’s 5.2 billion miles more than the same time period last year. The increase in the number of miles we are driving is not being met in kind with the appropriate investment to handle such growth. CoaST policy director Jason Pavluchuk released the following statement:

The information provided by the FHWA today is a reminder as to why CoaST was created. Our economy depends on a strong and vibrant transportation system. We need policies that accommodate & support economic growth by growing our transportation capacity through a mix of infrastructure improvements & smarter transportation policies that will get more out of the system we already have. The time is now!

New estimates released by FHWA show that U.S. driving topped 1.58 trillion vehicle-miles travelled in the first half of 2018, an increase of 5.2 billion miles over the same period a year ago. pic.twitter.com/5xnJHVtyZJ