You are here:
commentaryNews 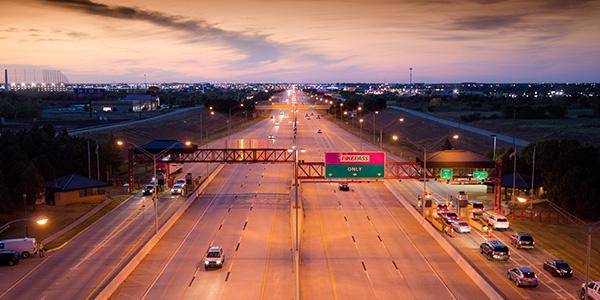 This commentary was published by IBTTA and authored by Bill Cramer on August 27th, 2019.

The Coalition for Smarter Transportation is sharing this article as it was published:

For years now, IBTTA has been tracking and keeping in touch with the growing number of agencies, institutions, and think tanks outside our industry that support tolling as a key tool in the toolbox to give highway users the safe, reliable mobility they need and expect.

But recently, something’s been changing. Over the past several months, in various states, users themselves have come out in support of tolled infrastructure.

This is big, important news with the power to change the narrative on user financing. It matters, because the facts and arguments produced by research and policy analysis are just the first step in building momentum for tolled infrastructure.

The next step is to translate that advocacy into policy.

But the ability to sustain that policy over the long haul depends on political will. And political will is about the public buy-in that tells elected officials that their constituents understand, appreciate, and expect that benefits that tolling and other forms of user finance can deliver.

They Came. They Viewed. They Liked What They Saw.

The public reaction to a highway widening along interstate highway 66 in Arlington and Falls Church, Virginia traces back to mid-July, when neighbors got a look at the state’s plan to add a third eastbound lane to the road between the Dulles Connector Road and Fairfax Drive. “They liked what they saw,” Washington Top News reported(link is external).

That was partly because of the multi-modal, citizen-friendly features that were part and parcel of the expansion plan presented by the Virginia Department of Transportation (VDOT). “The project, funded by a combination of federal and state sources, is being used to build a pedestrian and bicycle bridge to carry the Washington & Old Dominion Trail over Route 29, Lee Highway,” along with a direct access ramp to a local subway station, WTOP stated.

“This is a kind of elegant and relatively inexpensive solution to get people directly there,” Tim Stevens of Falls Church said of the subway access plan. “That will be a great improvement, improving operations and safety for people trying to get to the Metro station,” agreed VDOT project manage Mark Gibney.

In Maryland, meanwhile, start-up support for a grassroot advocacy group, Citizens4TrafficRelief, was coming from co-founder and telecommunications CEO Emmet Tydings, described(link is external) by Maryland Matters as a “member of a politically active family whose roots in the state date back hundreds of years”. He said the group would focus on finding and mobilizing citizens who support the need to widen the Capital Beltway and interstate highway 270.

“There are little people like me that aren’t transportation professionals, don’t have development interests, don’t own properties on rights-of-way, that will benefit with our families and our ability to get around the region better,” Tydings said. “I like that the majority of citizens are in favor” of Gov. Larry Hogan’s plan, announced in 2017, to build express lanes on the two roads.

“I bristle a bit at a small minority of people sentencing myself and my kids and grandkids to decades of future congestion,” he told Maryland Matters. “It’s time to do something and not nothing.”

When You Really Have to Get There

For years, tolling professionals have known that priced managed lanes are an essential option for roadway users when they absolutely have to reach their destination, reliably and on time. That line of reasoning usually focuses minds and dollars on the morning commute to work, or the absolute, non-negotiable need to get home at the end of the day for a day care pickup or a child’s soccer game.

In North Carolina in late June, the Charlotte Observer came up with a variation on the theme: when you’re on vacation, and every minute is precious, the last thing you want is to spend your time stuck in traffic.

“For decades, a trip to the beach from Charlotte started and ended with the fitful traffic congestion of U.S. 74—a four-lane highway to the coast, if only you could first get through the small towns of Union County,” the Observer wrote(link is external).

But “this summer, there’s a new way to beaches near Wilmington: an 18-mile toll road, the Monroe Expressway, that opened last November. It shaves 20 minutes off the other route, through Indian Trail, Monroe, and Wingate, for the price of a couple of Big Gulps.”

“If you had to do it on a Friday, you’d just have to sit back and add another hour to your itinerary,” Hickory, NC resident Randy Wallace said, recalling the route to Ocean Isle Beach that he’d taken for the last 30 years. The new tollway, by contrast, was a breeze.

Meanwhile, the National Governors Association is convening a regional meeting in Boston this week as Gov. Hogan, Chair of NGA, and New England Governors focus on easing congestion. And, yet another voice is being raised in support of congestion pricing, this time in a report from the U.S. National League of Cities. The influential, DC-based group “has released a new guide that encourages cities to consider introducing congestion charging systems as a potentially economical solution to build thriving communities, calm traffic, reduce air pollution, and improve quality of life for residents,” Traffic Technology Today reported(link is external) in mid-August.

“It’s no secret that America’s physical infrastructure and natural environment are under threat,” said CEO and Executive Director Clarence Anthony. “The people in our communities deserve better. By piloting new technologies like congestion charging systems, local leaders have the opportunity to find ways to sustainably improve conditions on and around America’s roads.”

“The mobility landscape is changing: driverless cars, electric vehicles, e-scooters, and even robots are coming to our streets. But we still haven’t fixed our nation’s infrastructure,” added Brooks Rainwater, senior executive and director of the League’s Center for City Solutions. “We all deserve safe roads and bridges, clean air, and access to transit.”